Robosigning For Fun And Profit

Anyone who has taken the time to Google my monicker will know that this one is dear to my heart. According to The Washington Post, GMAC Bank has been forced to halt thousands of foreclosure proceedings because of irregularities in their ‘document execution’ department.

So…. what does that mean you ask.

Well here’s the skinny. In 23 states of our fine nation, banks are required to get a court order to foreclose upon a property. Simple enough, right? Typically what happens is that the bank will request the court to issue Summary Judgment in it’s favor in lieu of a trial. In order to prevail on its Summary Judgment motion, the bank must present the court with certain documents evidencing the existence of the mortgage, and an Affidavit from an employee of the bank indicating, among other things, that the borrower is in default.

Still following me? Well here’s the issue. The Affidavit needs to be executed by someone who has sufficient personal knowledge of the underlying circumstances. So, therein lies the seed that eventually blossoms into our Document Execution Department. 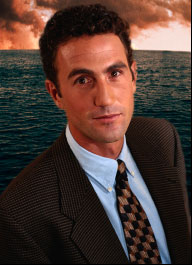 Actually I don’t know who the hell that guy is – but he may as well be Jeffrey Stephan for our purposes. Jeffrey is a Robosigner in GMAC’s Document Execution Department. In fact, he is the lead Robosigner. He signs about 10,000 Affidavits a month, indicating that he is personally aware of the circumstances of each particular matter.

According to the Washington Post, which is better at math than yours truly, that comes out to about one Affidavit every minute given a typical 8 hour day.

So Jeffrey was recently deposed by a defense attorney in a foreclosure action, and lo and behold:

He stated that he would glance at a borrower’s name, the debt owed and a few other numbers, but simply assumed most of the information in the files was correct. Stephan, who has more than a dozen people working under him, told attorneys that he had three days of training for the position and that he didn’t know how the “summary judgment” affidavits he signed were used in judicial foreclosure cases.

Stephan’s admission has cast into doubt thousands of mortgage foreclosure filings. Ally Financial, the nation’s fourth-largest home lender and GMAC’s parent company, halted evictions of homeowners this week in the 23 states that mandate a court judgment before a lender can take possession of a property

Just an aside here. The name “Ally Financial” came into existence a few months ago. The purpose was to distance GMAC from bad feelings resulting from the GM bankruptcy / bailout and the GMAC bailout. I assume it is supposed to convey feelings of loyalty and friendship. Perhaps even some WWII good guy conoctations. You know… they are your allies. This in and of itself deserves mention on our blog.

But back to the matter at hand. Obviously no human being is capable of personally researching the facts and circumstances of 10,000 foreclosure proceedings in a single month. Obvious right? Or is it just obvious to me? Regardless, Mr. Stephan is now lying low and GMAC is losing millions of dollars because their foreclosure proceedings are stalled. My guess is that they will end up paying some huge fine as well. Funded in part by the bailout money they received from the government. Which is really the kicker here. We saved these incompetent morons. Us. We did it. Or rather the government we collectively elected. And guess what? They are still fucking incompetent!

This entry was posted in Uncategorized. Bookmark the permalink.